The Leuser Ecosystem on the island of Sumatra consists of some 2.6 million hectares of diverse landscapes, 80% of which is in the province of Aceh. This globally unique ecosystem boasts Sumatra's most significant tropical rainforest remnant and is one of the richest representations of the biodiversity of Southeast Asia. It is a major carbon sink and millions of people rely on its precious water supplies. The Leuser Ecosystem is home to the largest population of Critically Endangered Sumatran tigers in the world, so this area is of critical importance to their long-term survival. 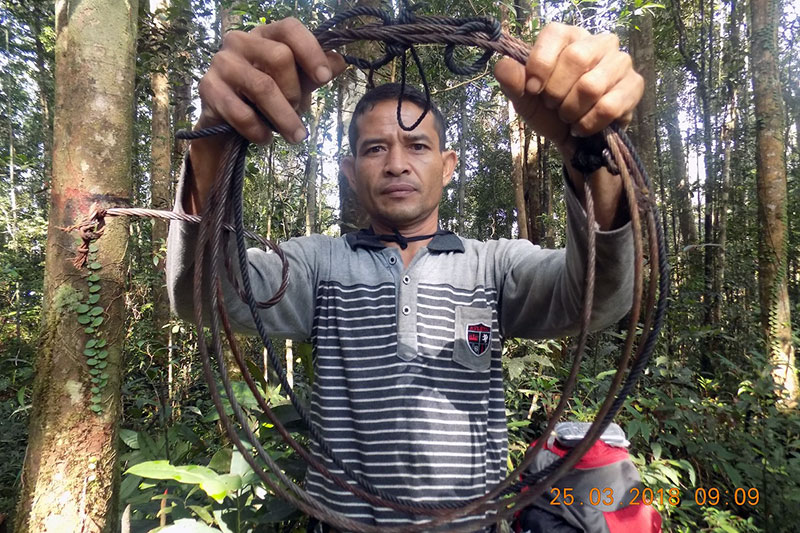 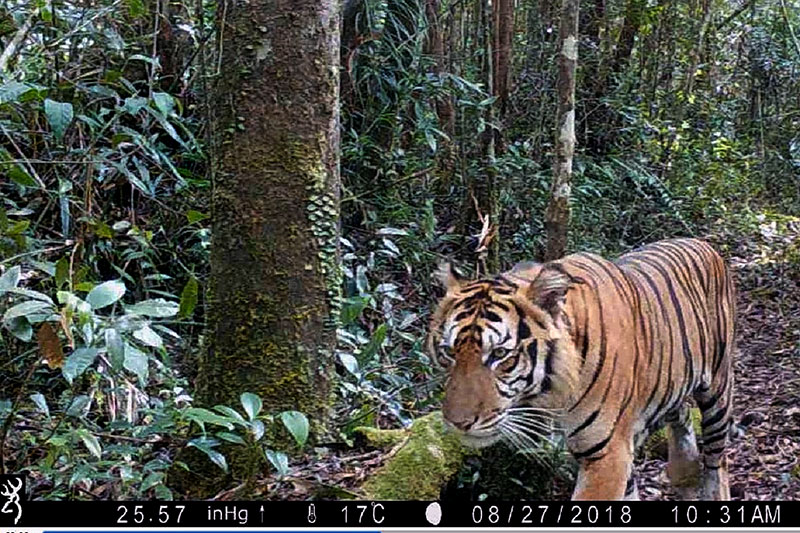 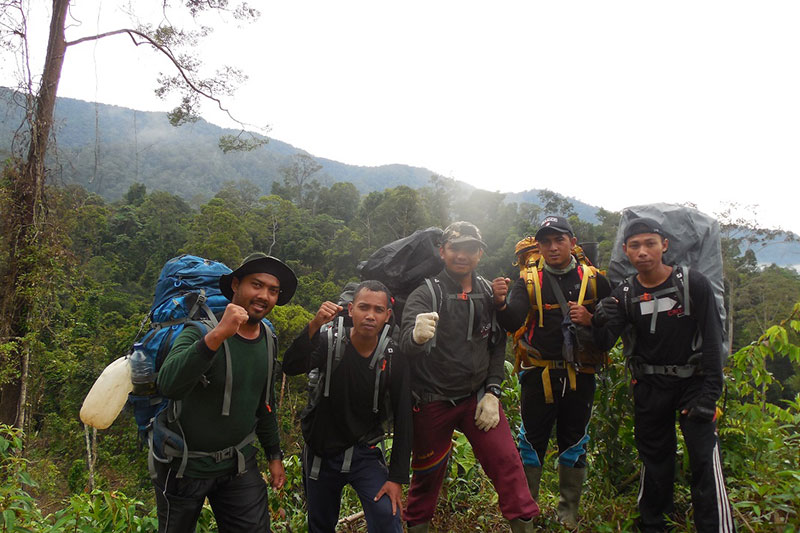 Despite its special legal status as a National Strategic Area for its Environmental Protection Function, the Leuser Ecosystem is under severe threat from illegal oil palm and other plantations, logging, encroachment, mining and fires - all of which exacerbate the poaching pressure on Critically Endangered species.

Forum Konservasi Leuser has over 100 people in their team who patrol and work with local communities and law enforcement agencies to stop illegal plantations, logging and wildlife poaching. The focus of their work is –

This critical team is at the forefront of tiger conservation. Snare removal is a vital part of ranger patrols in the Leuser Ecosystem. Snares are usually set for deer and other prey species of the tiger. However, tigers can be severely injured and maimed from snares and die from infection. It is imperative that rangers are skilled at finding and destroying snares to protect this magnificent species from extinction.